The release of Disney’s movie “Planes: Fire and Rescue” brought much needed support to our wildland firefighters nationally as private screenings of the firefighting movie were held across the country to raise funds for the Wildland Firefighters Foundation. Each private screening was organized by a local host.

In Northern Arizona, the Prescott Valley and Sedona screenings were hosted by Diane Travis and Anessa Andrews with assistance from Annie Lane and Tiffannie Mabery.  Travis contacted Guidance Aviation, quickly rounding up the helicopter flight training organization’s fire engine red helicopters for support. Their efforts raised in excess of $7,500.
“Including Guidance Aviation’s donation for the auditorium rentals, we were able to raise $4,732 from the Prescott Valley screening and $2965 from the Sedona screening for a total of $7,697 .  After auditorium rentals and PayPal fees we were able to donate a total of $6,000.00 to the Wildland Firefighters Foundation. Thank you Guidance Aviation for your help and sponsorship,” stated Diane Travis.

Diane Travis’ letter regarding the fundraising event to the Prescott Courier can be read HERE.

This isn’t the first time Guidance Aviation has jumped in to join the fight. In June, 2013, Guidance Aviation coordinated a large, regional effort, setting up 15 collection sites for firefighter supplies in the cities of Prescott, Prescott Valley, Chino Valley, and Dewey.  See original article HERE.

Wildland Firefighter Foundation’s main focus is to help families of firefighters killed in the line of duty and to assist injured firefighters and their families.  We honor and acknowledge past, present, and future members of the wildland firefighting community, and partner with private and interagency organizations to bring recognition to wildland firefighters.

The Foundation came together as a group of volunteers in 1994, shortly after the Storm King tragedy.  With dedication and lots of volunteer work, plans were developed for a national monument to honor firefighters, a dream that was realized in May 2000.  The Wildland Firefighter Foundation was officially formed in the spring of 1999.  Our board members realized that there was a great need to have emergency support services for the families of fallen firefighters.

With schools in Prescott, Arizona and Baton Rouge, Louisiana, our academics, flight operations, ground schools, aircraft maintenance divisions, and safety team leaders are the most well educated and highly experienced aviation and educational professionals in the helicopter industry.

Guidance’s core philosophy of Training to a Higher Standard is founded on a culture of safety, a strong safety management system (SMS), and a belief that it can be done better. This philosophy is embedded in all of our programs. 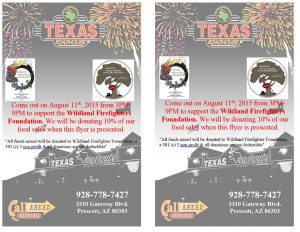 Support our Wildland Firefighters by Dine to Donate 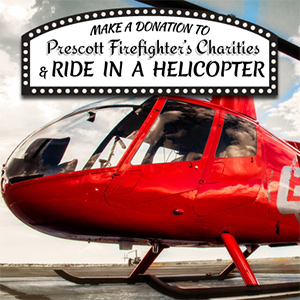 June 20, 2013 Guidance Aviation has launched an effort to coordinate a network of businesses throughout the City of Prescott, Prescott Valley, Chino Valley, Dewey, Mayer, and surrounding regions to support the firefighting effort,  making it easy for residents and local businesses to donate cases of bottled water, Gatorade, snack bars, lip balm and other items needed by the hard working firefighters.