Facebook drones may be the next high flying UAVs delivering internet to developing countries like Africa. The orchestrated move by Facebook, buying Titan Aerospace after already spending $19 Billion on WHATAPP (yes that’s “one – nine Billion with a B”), is a play to take a foothold in the globally emerging mobile market.  Specifically, Industry analysts on Wall Street say Facebook is in talks to purchase Titan Aeropace, maker of Atmospheric Satellites ( Drones ), in order to deliver internet service to the 5 billion people in the world who are still disconnected. Atmospheric Satellites are near orbital, solar powered drones ( unmanned aerial vehicles – UAVs ) which reportedly can stay aloft for up to 5 years. Similar to orbital satellites we all know about, atmospheric satellites are much cheaper to build, launch, and operate. These drone aircraft would fly above 60,000 feet, which is the ceiling of the FAA’s Class A airspace.  Above this altitude is where regulation ends and therefore the only regulatory issues that may exist would be during the launch and ascent.

Facebook will use these near orbital drones to transmit internet service to developing countries like Africa.  The plan is to employ Facebook’s latest acquired mobile social platform “WHATSAPP”, that will enable developing countries on weak internet signals to engage in social media.  For Facebook, this is a social – mobile play as reported in Reuters. “Facebook Inc’s purchase of fast-growing messaging startup WhatsApp for an eye-popping $19 billion largely won approval from analysts, who said the deal made strategic sense as it will solidify the social network’s position as a leader in mobile. Facebook shares closed up 2.3 percent at $69.63 after falling as much as 3 percent in early trading as investors got over the initial sticker shock of the deal value.” [Source: Reuters]

All of this effort and investment by Facebook to deliver internet service to developing countries is driven by one of the social giant’s initiatives called “Internet.org”. A philanthropic effort, maybe.  Looks like a long play on establishing a commanding presence in the mobile market for Facebook.

Check out Titan Aerospace’s “Solara” near orbital, drone satellites in the YouTube video below – courtesy of TOMO News:

“TomoNews, where we animate the most entertaining news on the internet. Come here for an animated look at viral headlines, US news….” 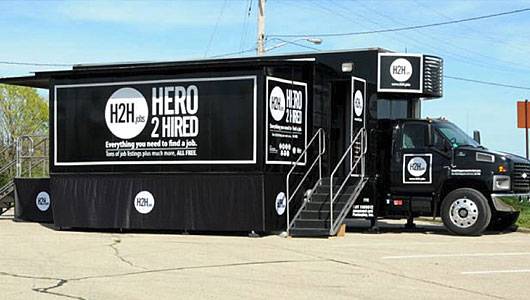