You did it.  You picked a great flight school.  You begged and borrowed from parents, grand parents, and banks to make your dream of becoming a professional pilot a reality. You can fly like a Red Bull Helicopter Pilot, your friends call you “Ski”, short for Sikorski,  and you walk with the swagger of John Wayne in the movie Flying Tigers. (Yeah, he was a fixed wing pilot flying P40’s, but he was John Wayne and he could make even fixed wing pilots look good. Don’t mess with “J-Dub”.)  Now, you’re preparing for your first interview for a CFI slot or maybe you’ve already earned your hours instructing and you’ve landed that interview to become an EC130 tour pilot. You’re ready to be the next money making machine with rotors.  Cha-ching…

Regardless of all this, while on your weekend off, celebrating your upcoming interview and possible career start, you posted a pic of yourself on your blog and Facebook doing shots of whiskey while leading other fellow wingmen and friends in a game of beer pong. Worse yet, your word choice on your blog is atrocious and the other pages you like on Facebook would lead a stranger to think you have anger issues or worse, a cat hater!  Or perhaps, just the opposite. You have no Facebook page, no blog, and in fact, you are almost invisible outside of school.  “What have you been doing with yourself?”

How are you going to answer that question in the interview?  Employers will be prepared for your interview

and whether you like it or not, employers who are seriously considering you for the position of piloting their aircraft will not only conduct a background check, they’ll check you out online and examine your “Yahooooooooo”…..

HOW YOUR ONLINE PERSONA CAN HURT YOU

It is standard practice within many organizations to conduct “Social Screenings”.  A potential employer, at the chagrin of Facebook and other organizatons, may even ask for your Facebook log-in credentials in order to view the juicy stuff only your esteemed friends can ogle.  Are you going deny Facebook access to the person sitting in front of you who will decide whether or not you fly that brand new EC130?  A “NO” is doubtful so you hope the interviewer won’t see last Saturday night’s whiskey slide show on Tumblr.

“According to a CareerBuilder survey, as many as 37% of employers are checking out prospective employees on social media before they make a final decision.”  SOURCE:  http://thenextweb.com/socialmedia/2012/04/18/survey-37-of-your-prospective-employers-are-looking-you-up-on-facebook/

Pictures of you sharing your passion of flight will probably go over better than your pics of slamming shooters and referring to your friends with slurs and derogatory remarks.  And, although studies suggest that the percentage of employers using social media screening is on the decline, many are still using social screenings and they are costing the candidates jobs.

“A third of hiring managers said that social media snooping led to the employee not getting the job. The

HOW YOUR ONLINE PERSONA CAN HELP YOU

Those who are smart have used their online persona to paint a positive picture.  They have avoided negativity while carefully sharing collaborative and creative ideas with a sense of professionalism. Better yet, they avoided politics and arguments online.

“58% of the respondents (employers surveyed) said that it gave them a good feel for the candidates personality, 55% said the profiles conveyed a professional

image, and 54% said that information they found supported the candidate’s professional qualifications. 51% said that the social media profiles displayed a well-rounded candidate, showing a wide range of interests, 49% cited great communication skills, 44% said it displayed the candidate’s creativity, while 34% said that other people’s online recommendations made a difference.” SOURCE:  http://thenextweb.com/socialmedia/2012/04/18/survey-37-of-your-prospective-employers-are-looking-you-up-on-facebook/

What all this says about how an Online Persona can help you is simple.  If you’re absent online and you’re up against another pilot candidate of equal skill, knowledge and experience who has carefully crafted a strong, positive online persona, who do you think has a better chance at landing the job?

WHAT ARE EMPLOYERS LOOKING AT?
65% of the respondents (employers surveyed)  said they look to Facebook, 63% cited LinkedIn, while Twitter was on the radar of only 16% of hiring managers.
SOURCE:  http://thenextweb.com/socialmedia/2012/04/18/survey-37-of-your-prospective-employers-are-looking-you-up-on-facebook/

USE SOCIAL MEDIA FOR PROFESSIONAL PURPOSES

Anyone who uses a Linkedin account already uses social media for professional purposes.  Sites like Facebook can easily be used the same way.  Use these social media outlets as living resumes.  After all, you’re a pilot and its all about cockpit resource management, isn’t it?  Use the tools around you to complete the flight safely and efficiently.  In this case, the flight is your life, the resources are resumes, Facebook pages, Linkedin accounts and recommendations while the landing is getting the job flying the sparkly EC130 with air conditioning and an occasional cute customer who likes pilots and tips well.  You can still have fun while keeping in touch and maintaining a professional persona.

Rule No.1:  If you are active on Facebook, set your security settings on high so that only friends and family can see your posts.  Be prepared to show future employers everything.

Rule No. 3:  Remember, “A picture says a thousand words” so think twice about what pics you post.

Rule No. 4:  Use these sites as a way to paint a positive, professional image of yourself.

Rule No. 5:  SPELL CHECK.  It may not be that important to you, but even on these sites, a poor speller stands out – in the wrong way.

Rule No. 6:  Never get into online arguments.

In conclusion, if it is not positive, don’t say it, don’t share it.  No doubt, Facebook and other sites are great ways to stay in touch with your friends and sharing information.  Use it to your advantage and just maybe you’ll stumble upon an EC130 after your first interview.  Go get them, “Ski”.  Cha-ching!

Guidance Aviation is an FAA approved Part 141 helicopter flight training organization with flight schools in Prescott, Arizona and Baton Rouge, Louisiana.  For information on financing, using your GI Bill benefits, and how to become a professional helicopter pilot, contact us at:  www.guidance.aero/contact or, toll free at: 866-535-5770 .
« Prev. Post Next Post »
See more videos 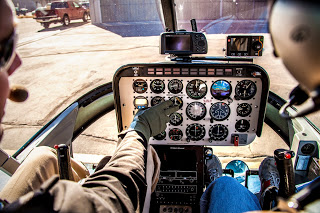 Pilot Speak: One of The Most Important Things To Master To Start Your Helicopter Flying Career 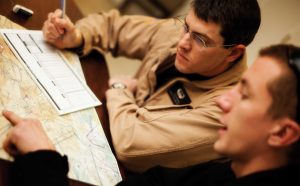