Regrettably, general aviation user fees are back. They have come at the worst possible time, and they are coming in through the back door in a most challenging way.

I need to say right up front, we need your help. We need every member of the general aviation community to reach out now and let your congressman and senators know that general aviation user fees are wrong!

In the past, user fees have appeared

as part of various bills and budget proposals. It’s different this time. There is no piece of legislation I can point to and no specific proposal for us to shoot at. We know user fees are being discussed in the debate over deficit reduction going on in Washington, D.C. But for now, the issue seems to be lying just below the surface. What form user fees might take and who would be affected is not yet clear. Some are saying the fees could be $25 or $100 or more. They might be applied when you file a flight plan or contact air traffic control. For now, there are few specifics, but we are certain that user fees, in one form or another, are back on the table.

Regardless of the form these fees take, experience in other countries has shown that user fees stifle aviation and compromise safety. What’s more, imposing user fees always creates a new, expensive bureaucracy just to collect the money; and over time, those bureaucracies expand, needing ever more money from more and more types of aircraft. It just doesn’t make sense, and it is a very dangerous path to start down.
Time and again we’ve seen that fees designed to do one thing are actually used for another—and all too often the fee structure has unintended consequences. For example, a fee paid at departure could persuade some pilots to try to stretch their fuel to minimize the number of departures they make on a given trip. Fees on instrument operations discourage pilots from going out and maintaining proficiency. And fees on flight plans…well, you get the idea..

Your congressman, Rep. Paul Gosar, understands this, and is on record opposing user fees in the past. But now is the time for a reminder that we need to be vigilant, and again stop this idea in its tracks.
We understand the challenge our nation faces. We have record high spending and record high deficits and a national debt that has also soared to new heights. These numbers must come down. In the process, the general aviation community may pay more. In fact, an increase in the aviation fuel tax is contained in the FAA Reauthorization Bill pending before Congress—a measure we’ve supported for at least three years. This provision would require us to pay more at the pump, but we’ve been paying into the system in this way since the beginning of powered flight. Our charges are applied and collected at the pump—no new bureaucracy required.
We need your help to stop this bad idea from turning air traffic controllers into tax collectors.

Please contact Representative Paul Gosar at (202) 225-2315 and politely ask them not to support user fees. Make the point that user fees are inefficient, expensive to administer, and can compromise safety.
We’re willing to do our share, but let’s do it the smart way.
Thank you for your support and thank you for making an essential effort now to protect our freedom to fly. 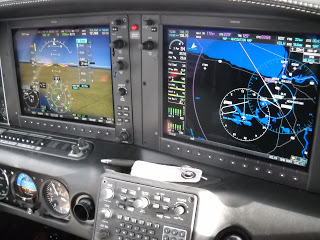