In 2013, John was awarded the prestigious Business Person of the Year by the United States’ Small Business Administration in Washington, D.C.

This was the first time an Arizona business had won this national business award. It was also a first for helicopter aviation ever since President John F. Kennedy proclaimed National Small Business week in 1967. This award represents a culmination of John’s work as an aviation professional, business owner, and philanthropist over the last quarter century.

As a young boy growing up in Pasadena, Ca., John Lloyd Stonecipher gazed at the Police Department’s red Enstrom helicopters that flew overhead. By eighteen years of age he was a certificated helicopter pilot and by nineteen Stonecipher acquired his CFI-I rating and was getting paid to teach others how to fly helicopters in Orange County, Ca.

Familiar with the challenges of becoming a professional helicopter pilot, Stonecipher, at the age of 21, took a break from aviation to focus on finances. He attended a Police Academy and spent some time as a Newport Beach Police Officer, but his true calling was helicopter aviation.

In 1998, John established Guidance Aviation because of his belief in a better way. What he saw in the helicopter flight training industry was perpetual training without clear milestones, objectives nor structure. “We have constantly improved, investing and re-investing in state of the art equipment and avionics, aircraft, simulation, academics and tying all within a program requiring student dedication. We have integrated the discipline of an Academy and the focus of college rigor,” says Stonecipher.

By 2015, the organization has grown into a nationally recognized aviation company with 108+ employees, 25+ fleet aircraft, and successful partnerships with collegiate institutions in the U.S.

John’s accomplishments in aviation are formidable. In addition to his tenure as a Robinson Helicopter Company Test Pilot and Robinson Helicopter Company Instructor, John has been credited with qualifying dozens of FAA Safety Inspectors, FAA National Resource Inspectors and experienced flight instructors in both the Robinson R22 and R44 helicopters. With more than 25 years experience and nearly 9,000 accident free hours of pilot in command time, he is rated in both helicopters and airplanes and has served the aviation community as a Designated Pilot Examiner for more than 7 years. Throughout a career committed to education and aviation, he has maintained his Flight Instructor Certificate and has held aviation positions as Director of Operations, Chief Pilot, Chief and Asst. Chief Instructor, and Check Airman for both (Part 141) and FAA approved pilot schools and (Part 135) unscheduled air carriers. Additionally, Stonecipher is a founding member and currently serve’s on Helicopter Association International’s (HAI) Flight Training Committee while also holding the distinction of Adjunct Professor at Yavapai Community College for the Associate of Applied Science – Professional Helicopter Pilot Degree. John is a member of the Yavapai County Sheriff’s Air Group and a former member of Embry-Riddle Aeronautical University Prescott’s ABA Industry Advisory Board.

In 2007, John Stonecipher and Guidance Helicopters, Inc. acquired Congressional Recognition as the recipient of the 2007 Arizona Small Business Success Award.

In 2011, John and Guidance Aviation created the Guidance Aviation Scholarship which provides financial assistance to flight students who are enrolled in the Yavapai College Degree Program, Associate of Applied Science, Helicopters and who are in need of financial assistance. Also in 2011, John and Guidance Aviation were awarded the Arizona State Master Award by the Small Business Development Center of Arizona, the Top Award in the entire State of Arizona. This led to John being nominated by the United States Small Business Administration for Business Person of the Year, which he won in 2013.

Stonecipher’s commitment to aviation and education can also be seen in his philanthropy and support of community. In 2012, the Yavapai County Sheriff’s Office (YCSO) took possession of an R44 helicopter which John donated to YCSO for search and rescue (SAR) missions. This aircraft and the YCSO SAR program are now credited with saving dozens of lives.

Also in 2012, Stonecipher committed his Cirrus SR20G3 fixed wing aircraft in support of a flight around the world to promote the importance of S.T.E.M. education and what the promises of aviation and aerospace hold for our youth. The sum of the YCSO and S.T.E.M. education donations are in the hundreds of thousands of dollars and are in addition to the tens of thousands of dollars given to local and national charities.

In 2015, seeing a need to support women in aviation, John and Guidance Aviation have committed to multiple year sponsorship and scholarship programs totaling over $60,000 through 2018.

John and his wife Amanda make their home in Prescott and have three children: Merric, Johnny, and Julia Jeanne “JJ”. John has lived in Prescott since 1993 while his wife Amanda is a 4th generation Prescottonian. They love being outdoors, especially in the Summertime on the houseboat they have named “Miss Guided”, on Lake Powell. Stonecipher also takes some time quiet time to himself on his fishing boat “Rehab” each year in Mexico.

“I can’t do any of this on my own. I credit this all to the incredibly talented people and the supportive family around me. I am also very proud to say that the majority of our employees and 80% of our student body are U.S. Military Veterans. We have developed a culture at Guidance Aviation that is truly Veterans helping Veterans.” – John Stonecipher 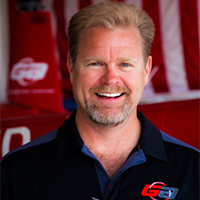 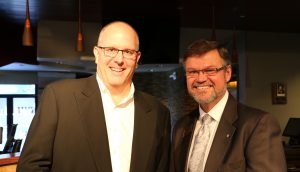 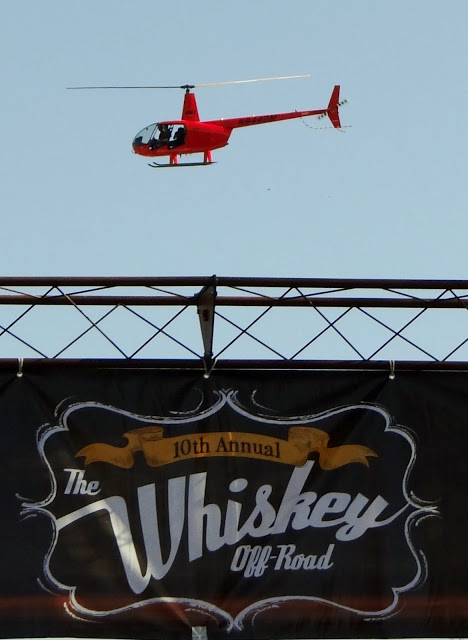 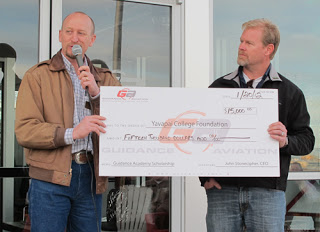